Lost in … the Atacama desert 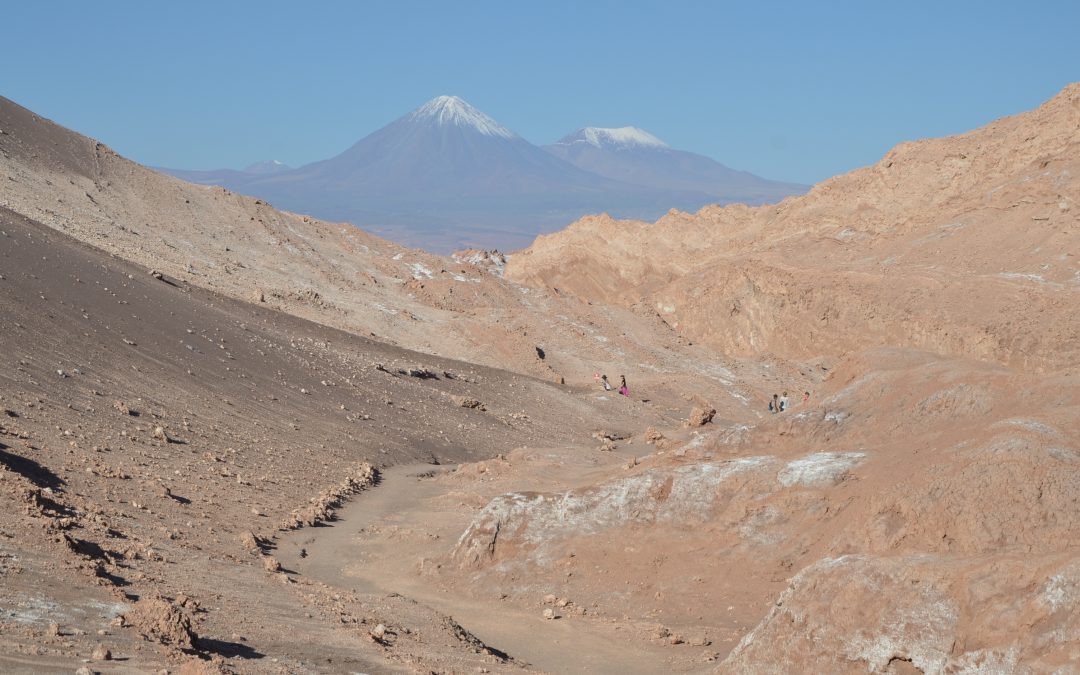 We are not lost in space, like the movie with the same name, but these are the two most famous valleys in the Atacama desert: the Valley of the Moon and of Mars, which are named for their similarity to the Lunar and Martian surface, respectively. Given the similarity with Mars this place has also been filmed in some movies and used as a workshop for future missions to Mars.

But these are not the only things you can see around San Pedro de Atacama.

The Tatio Geysers are the third largest geyser group in the world after Yellowstone (USA) and the Kronotsky Nature Reserve (Russia) located at 4200 meters high. The tour starts very early in the morning so people can see the maximum effect of the geysers right at sunrise.

It is possible to try the experience of floating at the Cejar or Escondidas Lagoons, whose salinity is comparable to that of the Dead Sea. You can also admire a wonderful sunset at the Tebenquinche Lagoon.

The Lagunas Altiplanica (High-plateau Lagoons) or the Piedras Rojas (Red Stones) tours are like three tours in one. It depends on the various agencies, but the idea is to visit the Salar de Atacama (Atacama Salt Flat), the High-Plateau Lagoons and the Red Stones. In the Chaxa Lagoon there is the Atacama Salt Flat. Millions of years ago there was a sea and when the water evaporated, all the salt was deposited. You can see many flamingos of different species which migrate during the year from this Salt Flat to the Bolivian lagoons. At a height of 4200 meters you can find two lakes, Miscanti and Miñiquez. Going down slightly where you reach Piedras Rojas (3800 meters) which takes its name due to the colour of its rocks.

In the Valle de Arcoiris (Rainbow Valley) tour you go to see some petroglyphs left by the indigenous and then get to the Rainbow Valley, which gets its name from the 3 colours that you can observe: green, white red as the Italian flag. There, you will proceed normally with a trek before returning to the town.

Smaller tours include the Pukara de Quitor, a fortress of the Incas that was used to defend against the arrival of the Spaniards, and Catarpe / Quebrada del Diablo where it is enough to rent a bicycle and explore these magical places. In addition, one of the oldest archaeological sites in Chile can be seen at the Aldea de Tulor.

Last but not least is the astronomical tour. There are different astronomical tours, here it is up to you to choose the right one. The experience of seeing one of the clearest skies on the planet allows one to observe the dark sky and the stars as never before.

If you have some time you can try the tour from San Pedro de Atacama to Uyuni where you can admire lakes of different colours and the most extended salt flat in the world, the Uyuni Salt Flats (3600 meters). If you are lucky to find water, you can be amazed by the famous mirror effect that is created.