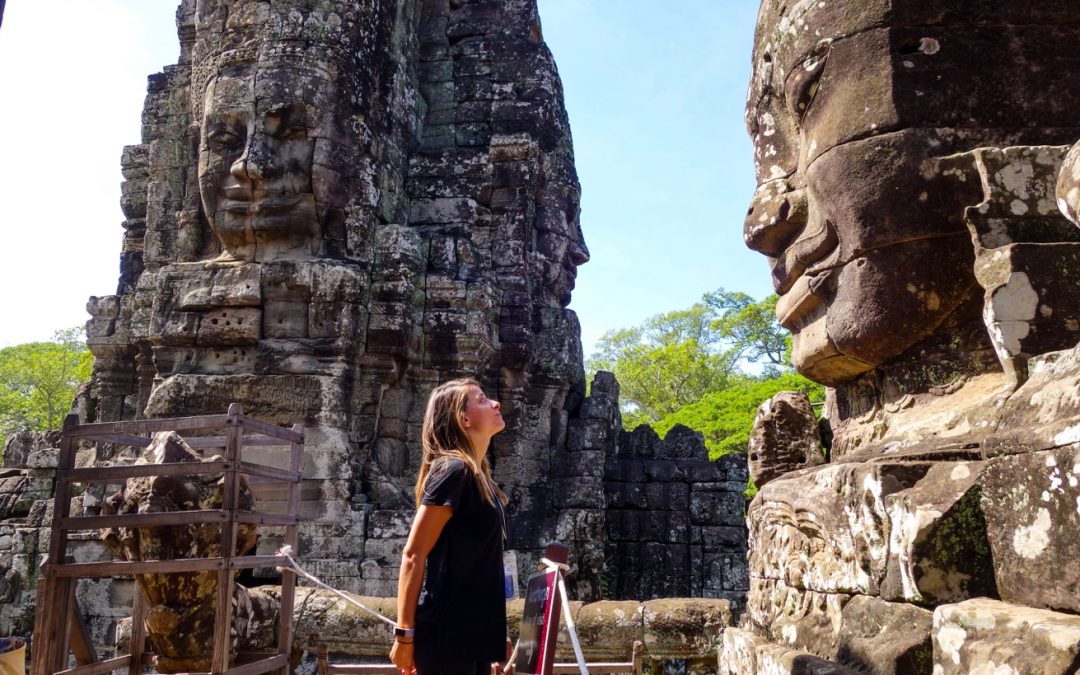 Ethereal, spellbinding, evanescent. The atmosphere when visiting the Angkor Wat temple complex is difficult to describe, but it certainly is one of the best places I have ever visited – and I have visited many. I will here try to break it down for you. 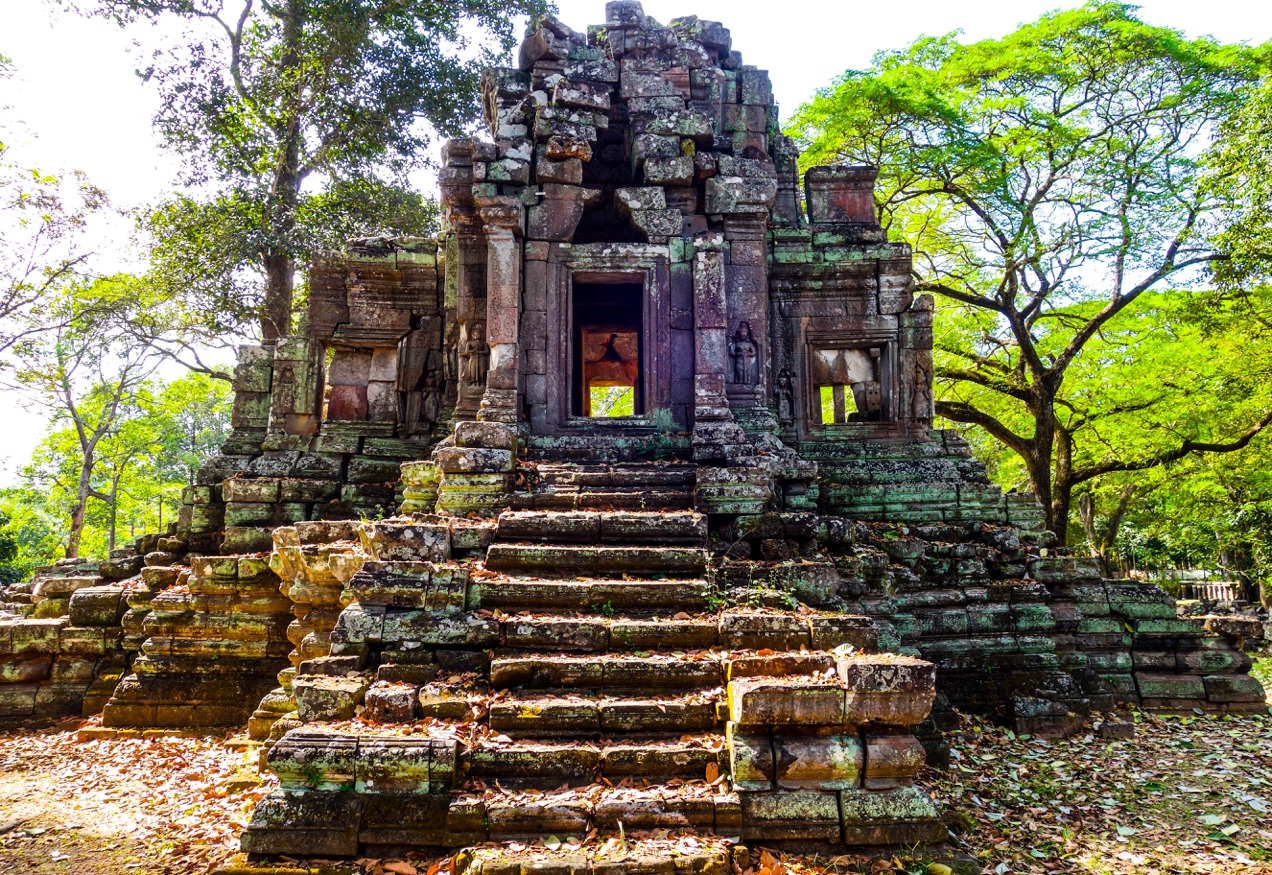 Angkor Wat is a vast Buddhist temple complex located in the North of Cambodia. The complex was built in the first half of the 12th century as a Hindu temple, and it spreads across more than 400 acres of forest.

Angkor Wat is considered to be the largest religious monument in the world. Its name – translating as ‘temple city’ in the Khmer language spoken in the region – points to the fact that it was built by Emperor Suryavarman II, who ruled the region from 1113 to 1150. Originally the complex was dedicated to the Hindu god Vishnu, but at the end of the 12th century it became a Buddhist temple.

Today, the temple is no longer active, but the complex is one of the main tourist attractions in Cambodia. The complex is also part of the UNESCO World Heritage sites. UNESCO has set up a wide-ranging programme to safeguard this symbolic site and its surroundings.

The complex includes the three famous temples of Ta Prohm, Bayon and Angkor Wat. My favourite being the Temple of Ta Prohm where the movie Tomb Raider was filmed.

I arrived in Siem Reap in January of 2017, crossing the border from Vietnam. The temperature at this time of the year was perfect and the sky was clear for the four days of my stay. I stayed at the hotel The Aviary, which I strongly suggest if you are looking for a great place to stay near the complex. The day after, I headed to the temple complex with a Tuk-Tuk – a very popular mean of transportation in Asia. The ride was smooth, comfortable and about 30 minutes long.

I first entered the Angkor Wat complex from the ‘back door’. This is something that I strongly suggest anyone to do as it allows the suspense to build and it slowly introduces you to the grandeur of the place. I also had a private local guide with me, which is great to have because the signposting is not the best as of the time of my visit. 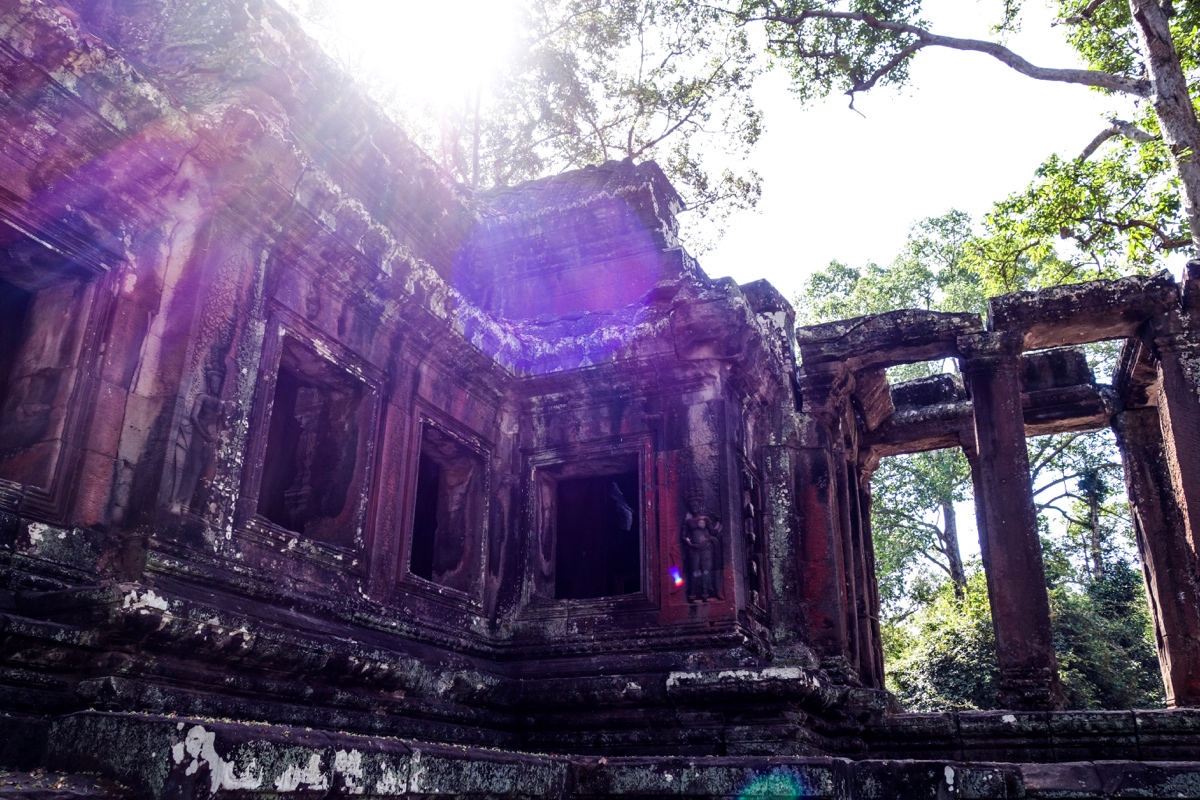 Entering the Angkor Wat complex from the back entrance

The first temple I visited was the Bayon Temple, which is mesmerising with its 54 Gothic towers decorated with 216 gargantuan smiling faces of Avalokiteshvara. 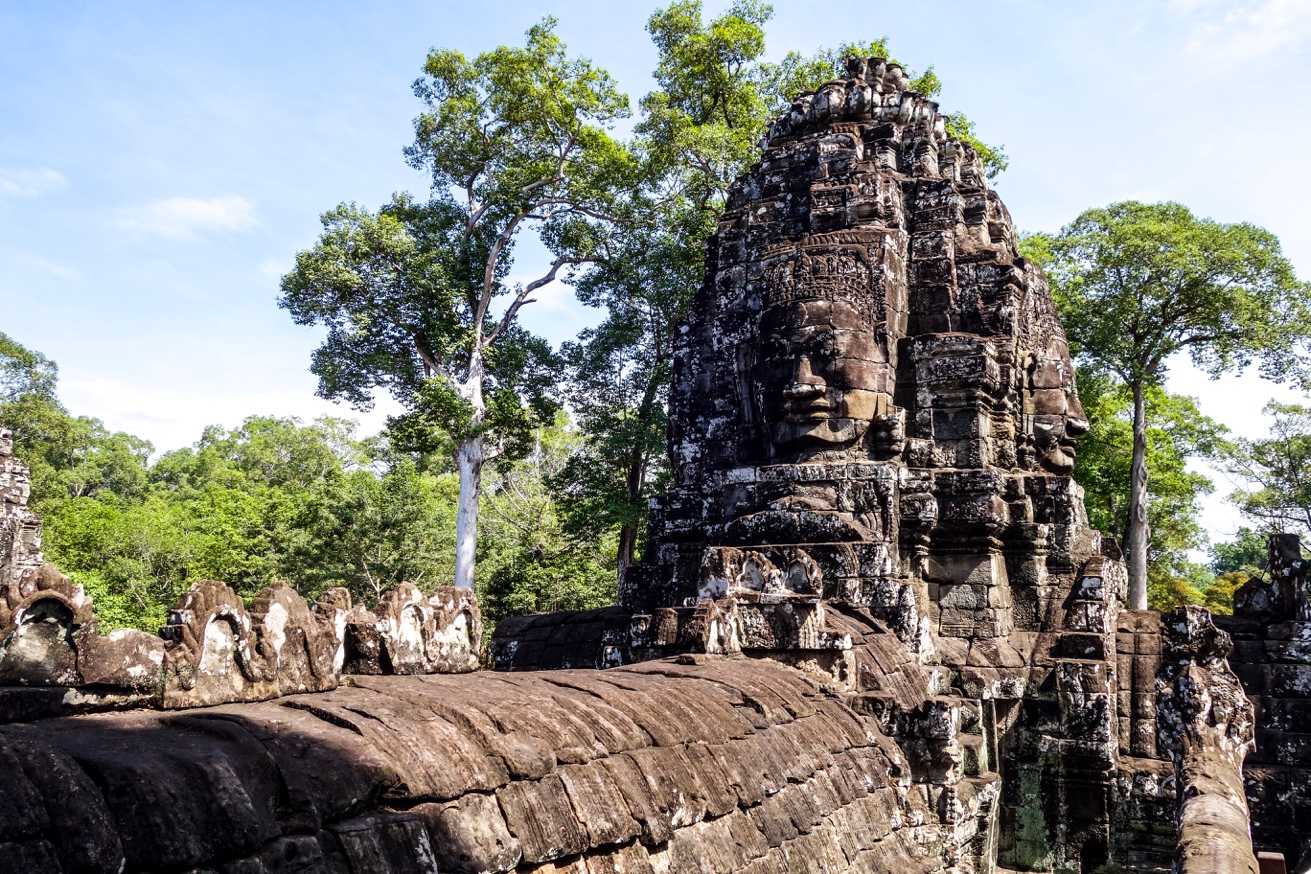 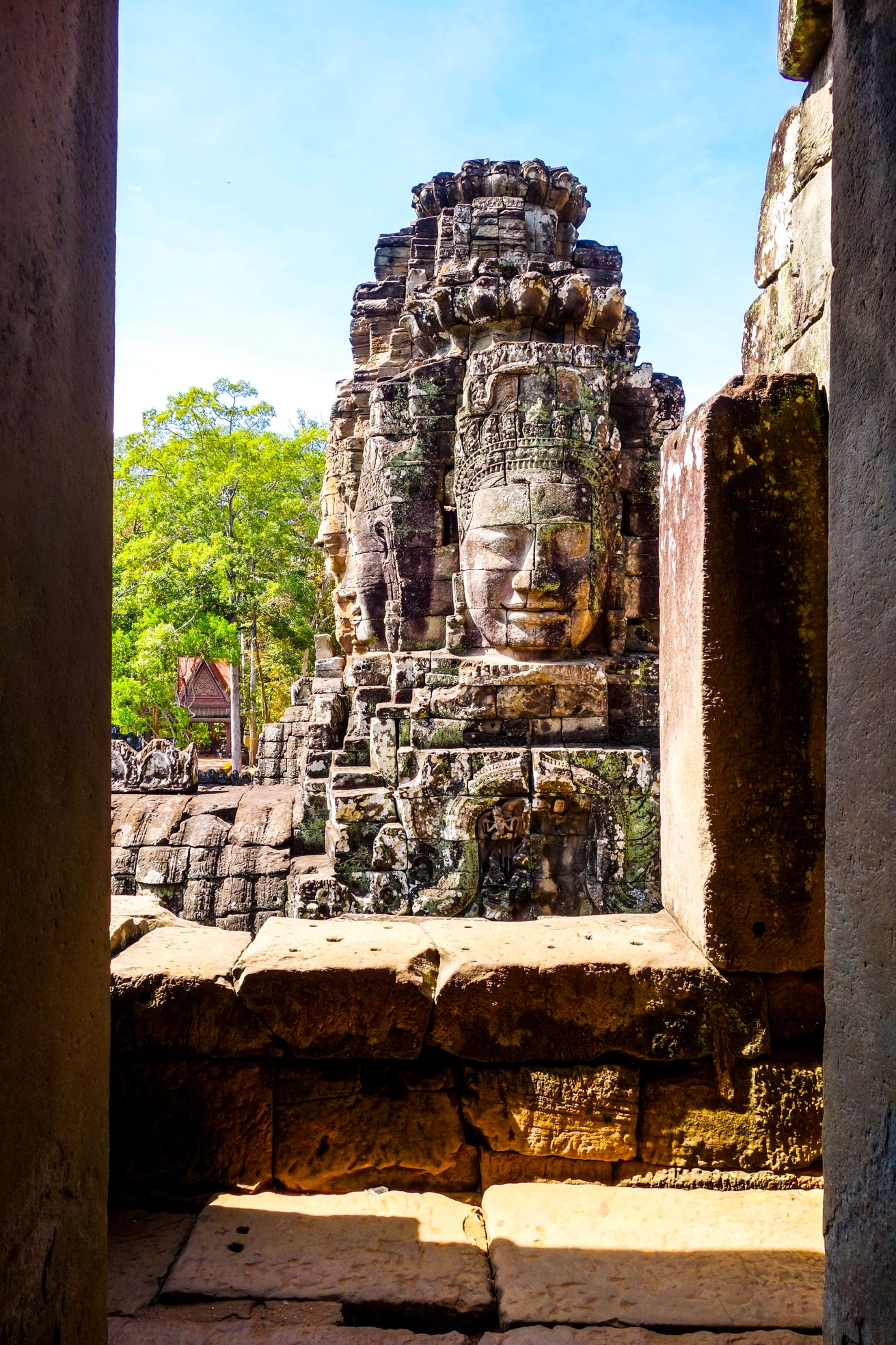 After spending at least two hours photographing the Bayon, I headed to the main food/shopping area for lunch. The food at the only available local restaurant I could find is not great, but the amazing surroundings will make you forget all about it. Maybe packing your own lunch would be a good idea. After lunch, I explored the surrounding area without a guide and discovered some abandoned gems in the middle of the forest. It is important to note that the three main temples are only a minor part of the whole complex. Hundreds of abandoned stand-alone temples are scattered throughout the forest. You may visit them at your own risk. 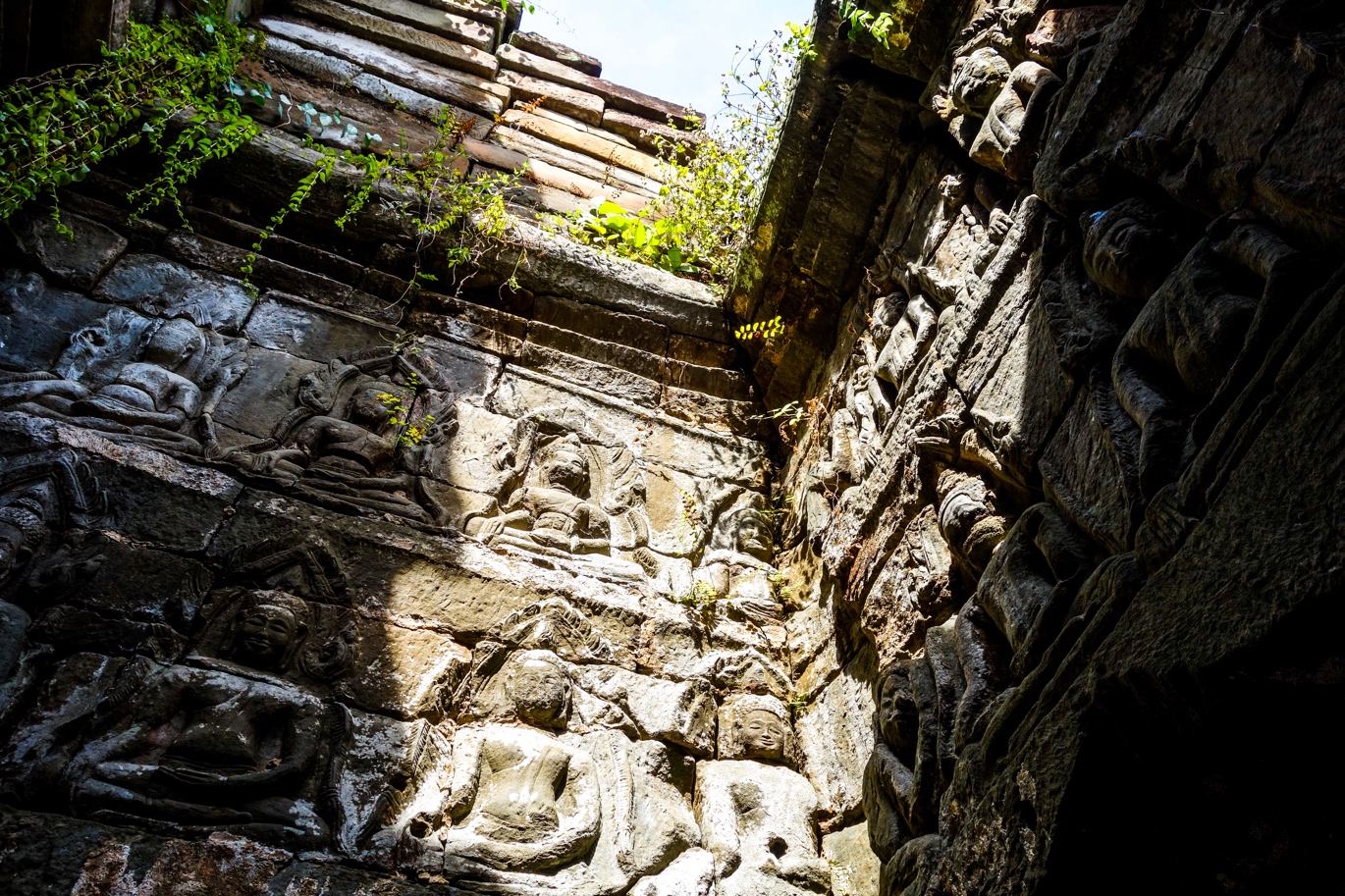 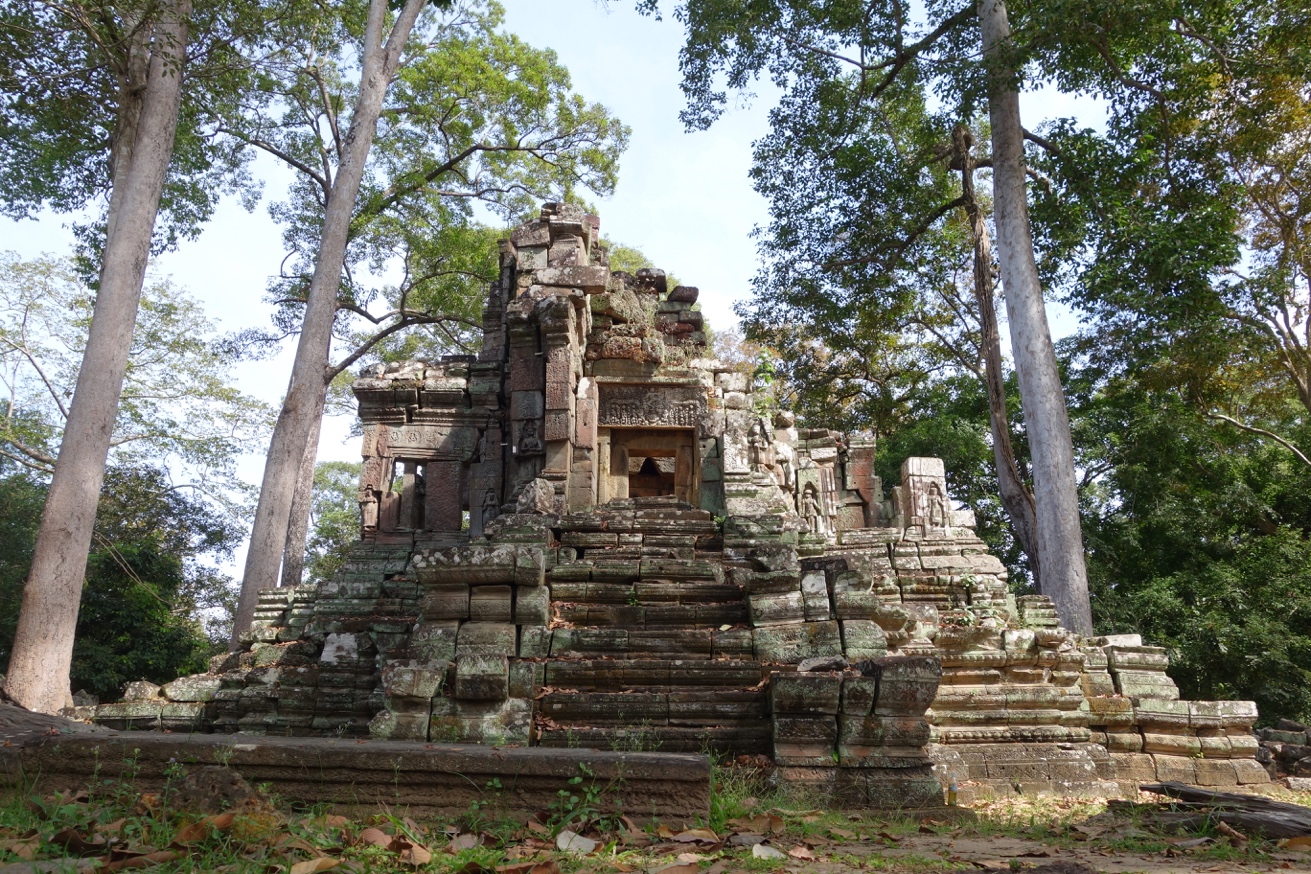 The second temple I visited was the famous Ta Prohm Temple. This temple is well known in popular culture because of the filming of the movie Tomb Raider and for its stunning trees carving out of the sandstone structures. You really feel immersed in an adventure movie – a modern-day Indiana Jones. 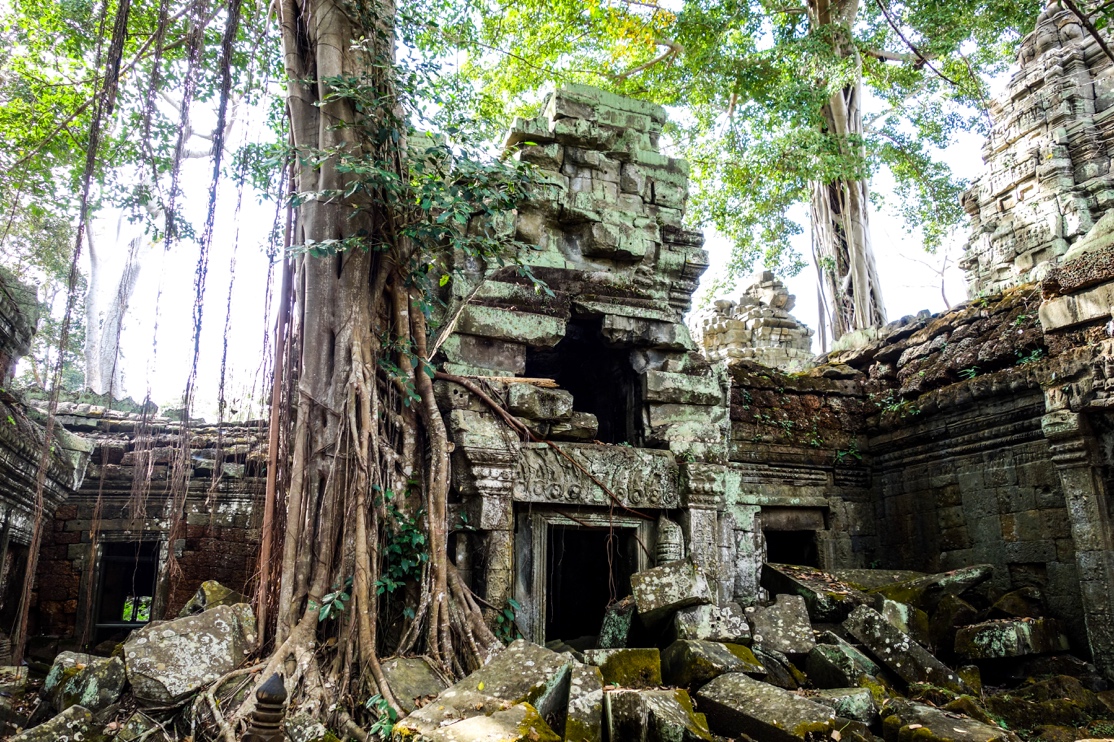 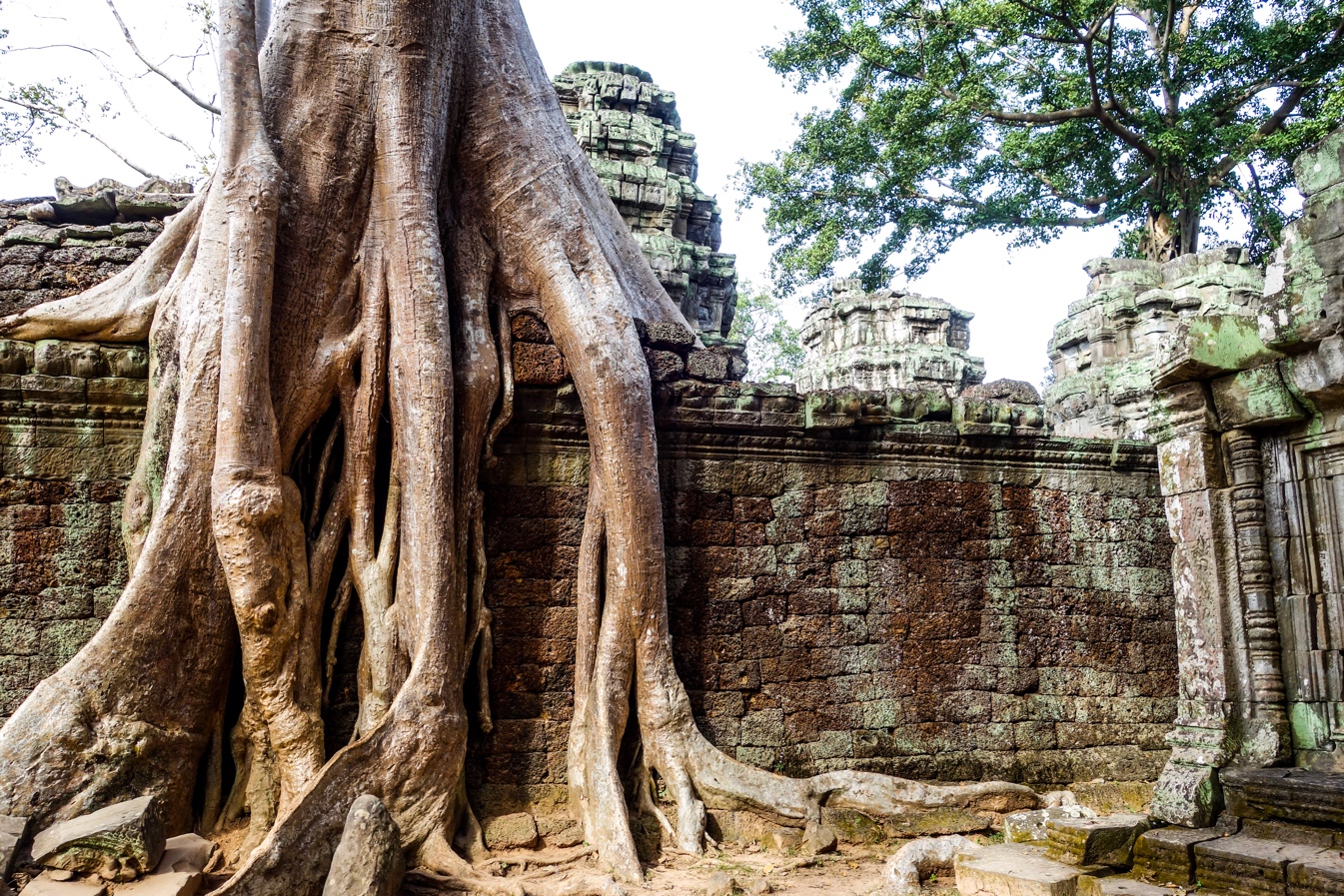 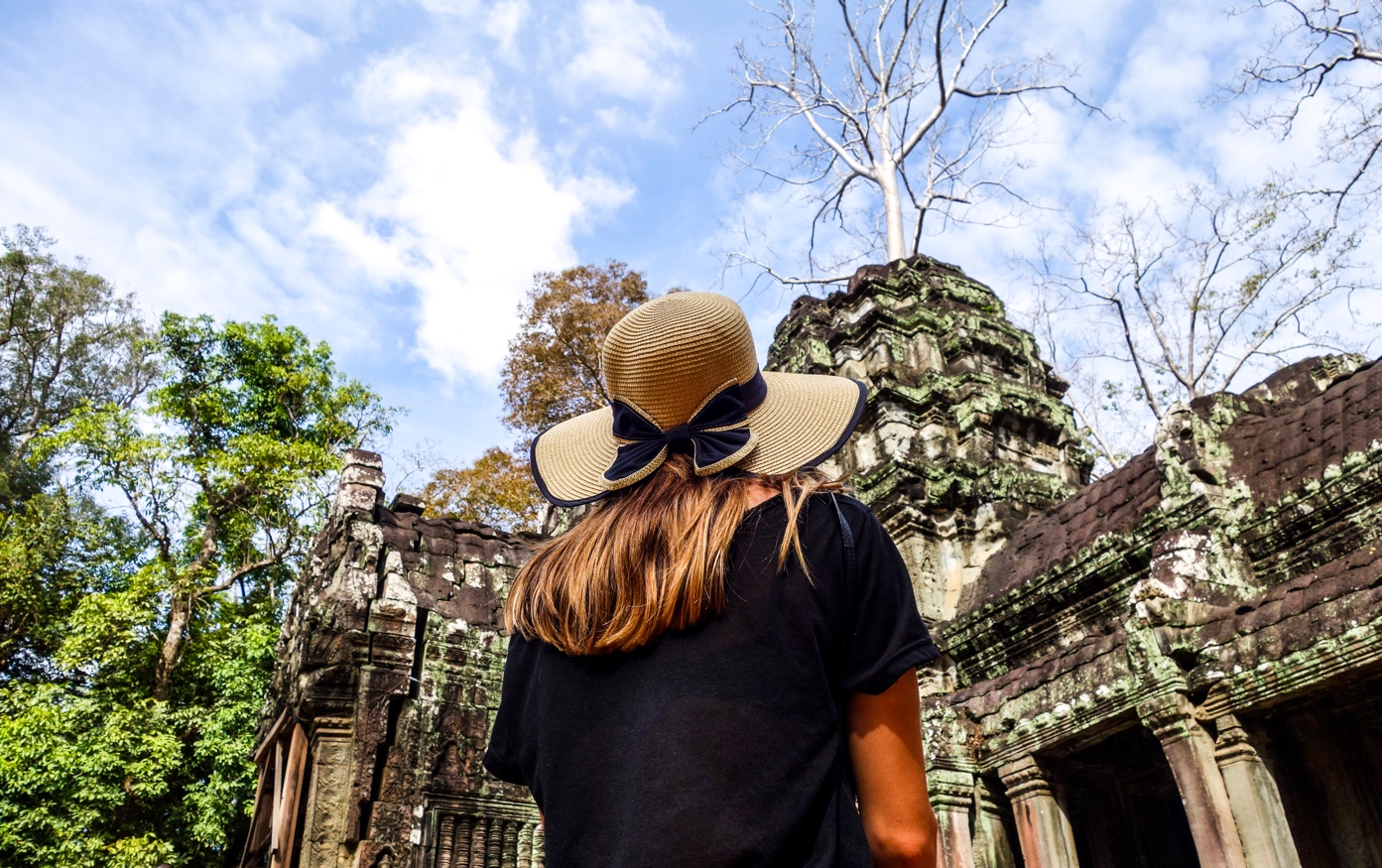 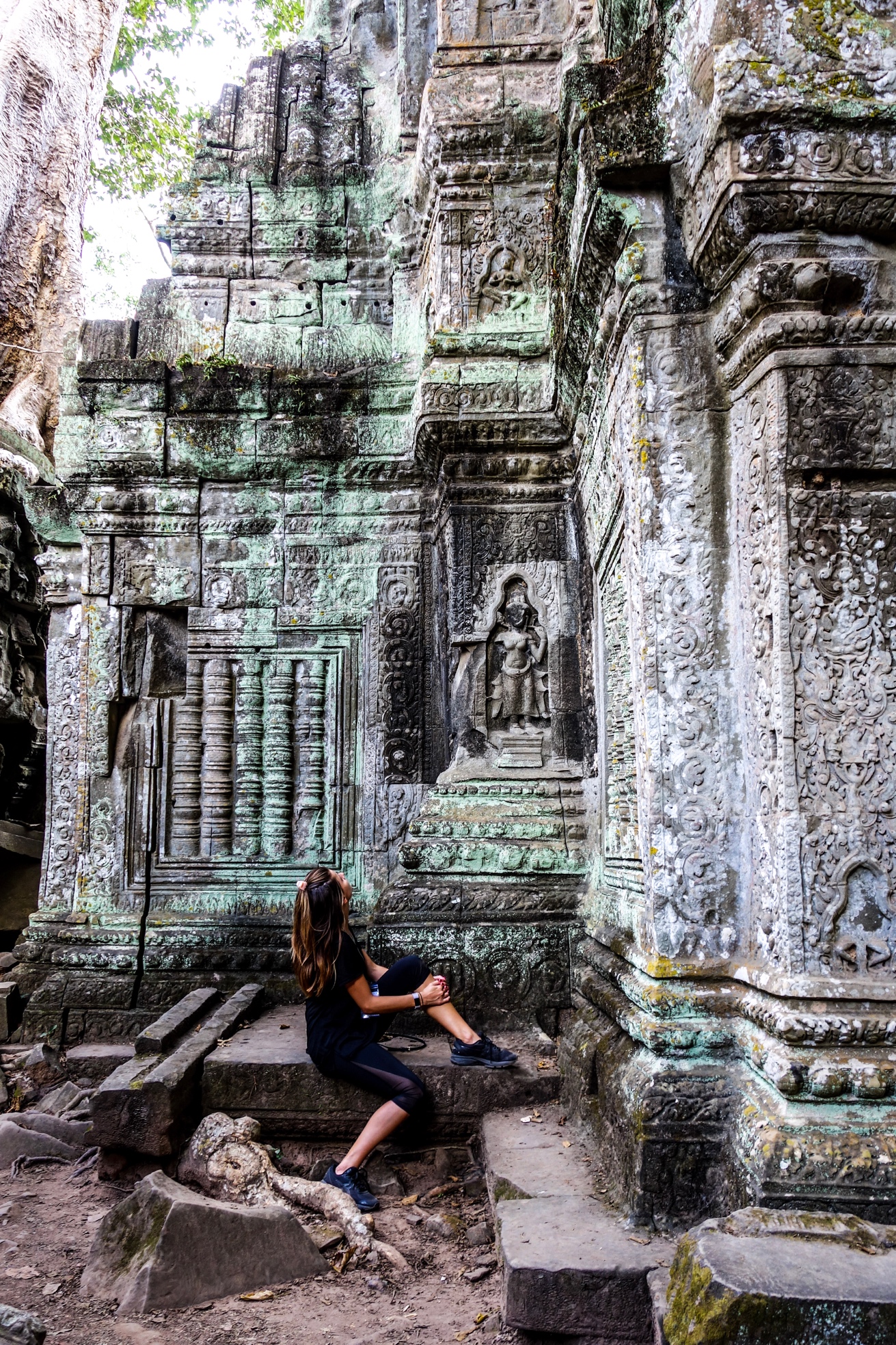 Finally, I visited the largest temple of the complex – The Angkor Wat Temple – from where I headed out by walking along the majestic, extensive bridge that crosses the moat. This is the main entrance to the Angkor Wat temple complex. By the time I had visited the three temples it was already 5 PM and getting dark. I therefore suggest that you start early in the morning and you allocate 2-3 days to visiting the complex if your trip allows it. It is absolutely worth it and multiple-day passes can be purchased. 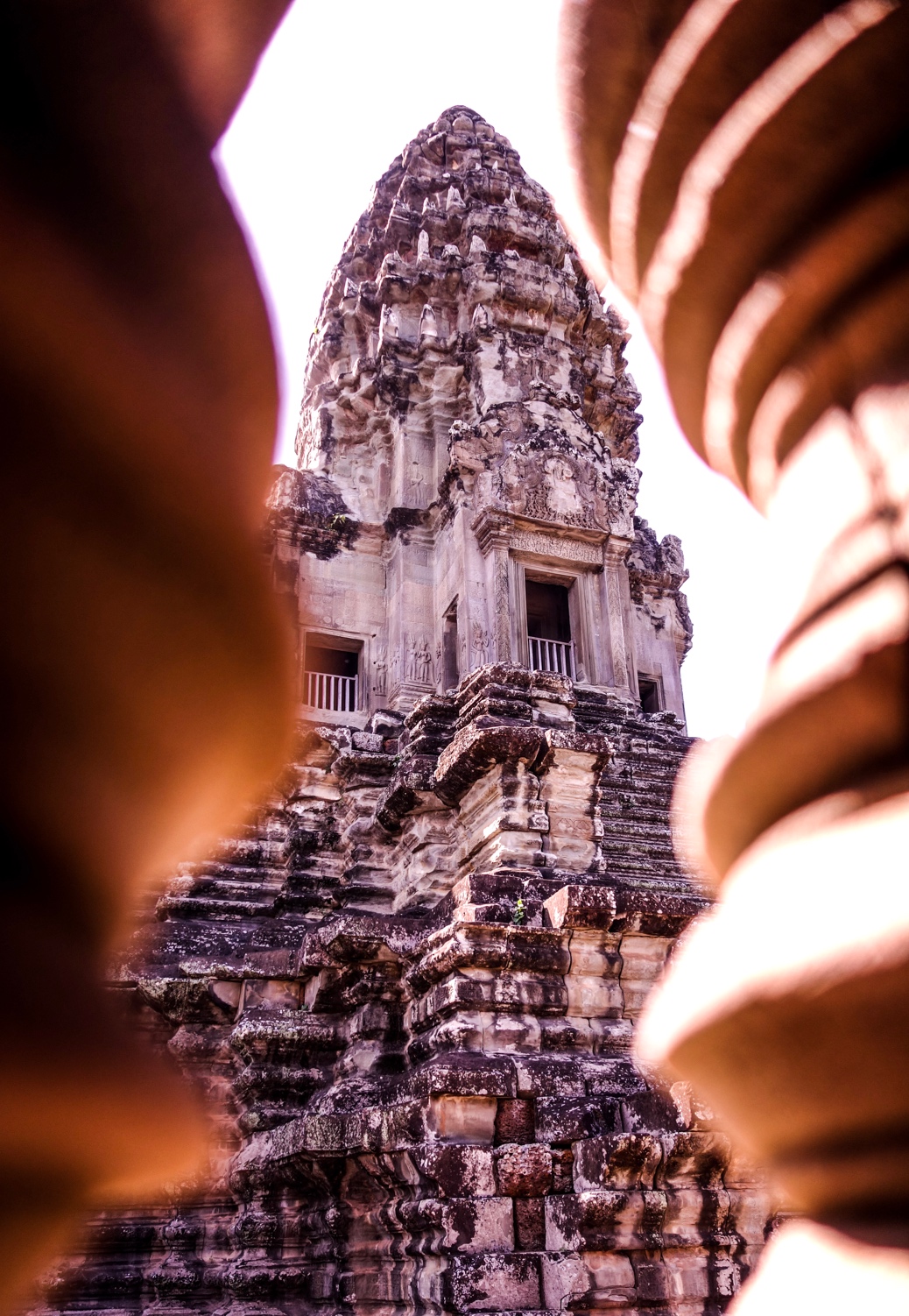 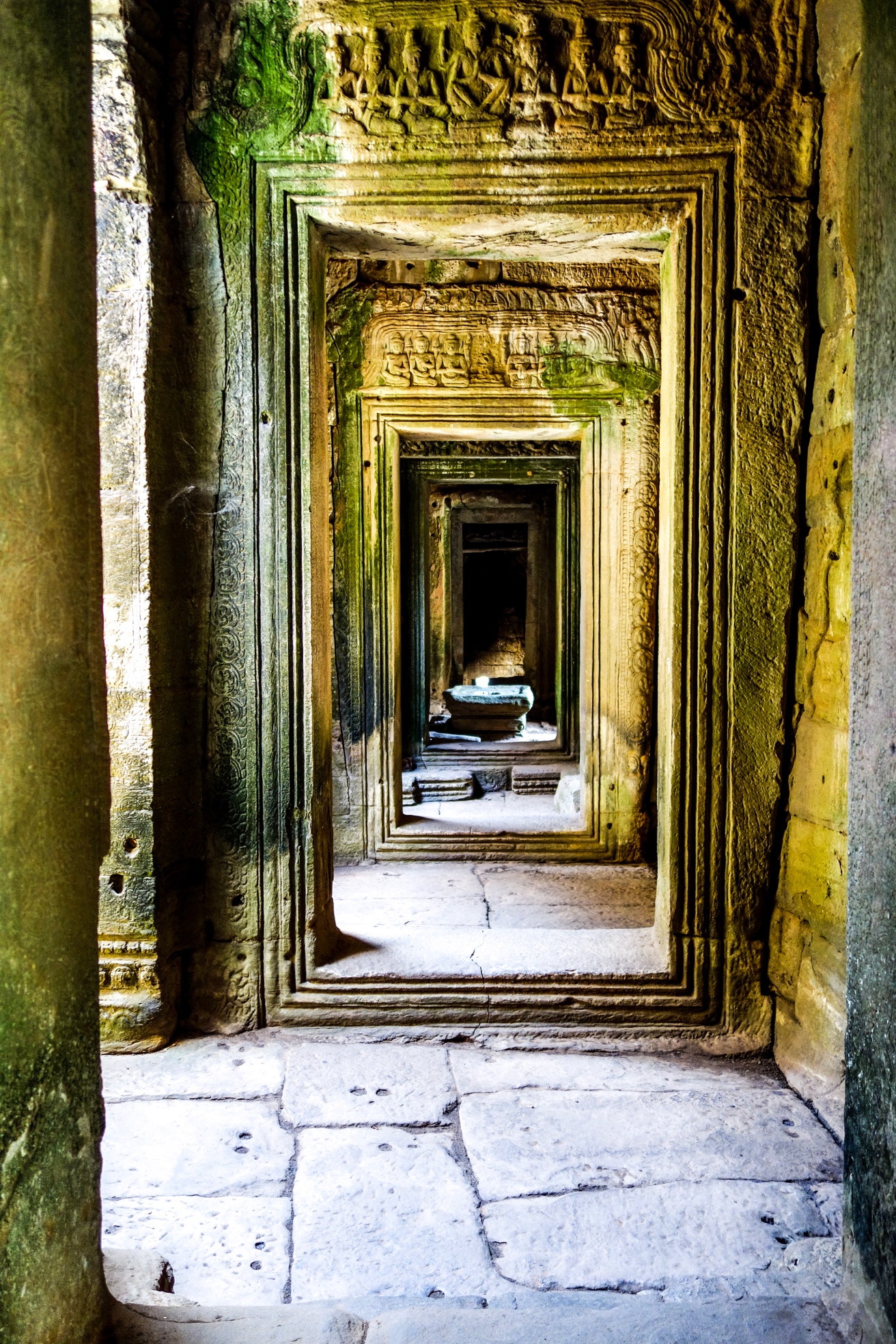 Finally, I would like to emphasise that the structures surrounding the main temples such as stand-alone abandoned temples and decorated bridges are worth a day visit of their own. Nothing compares to the feeling of adventure that you get when you find yourself alone in an isolated temple in the middle of the forest. The craftmanship of the bas-reliefs and decorations infuses the air with a sense of powerfulness and cultural wealth that I will never forget. 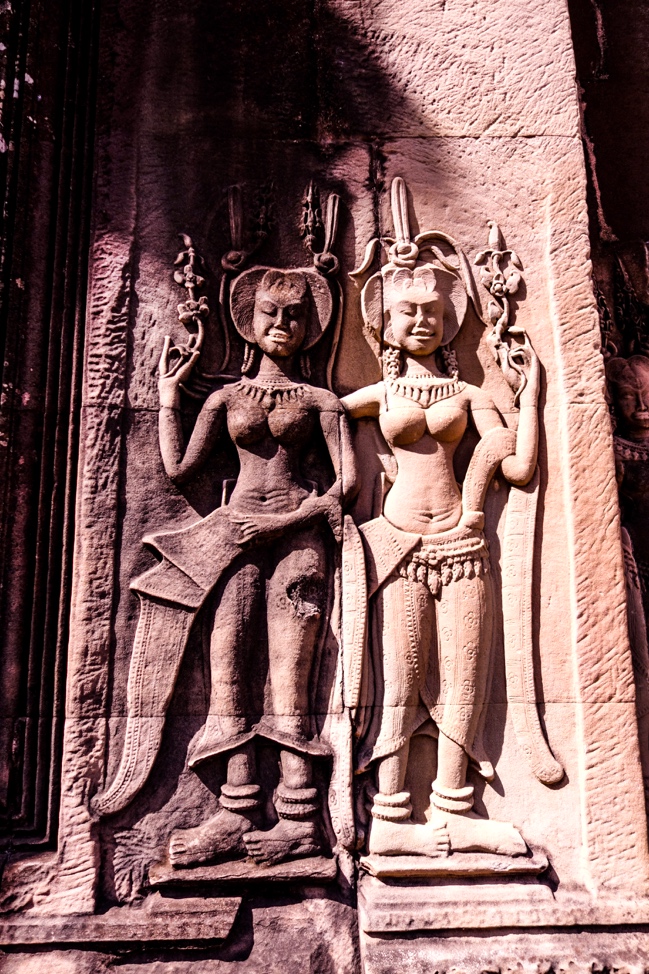 Do you want to travel and earn money too? Visit yakondi.com